You are here: Home / Prison News / Hospital Executive Sentenced to 33 Months in Prison

“Former chief financial officer William Roe has been sentenced to 33 months in prison for embezzling from two institutions in which he was previously employed. Roe received the maximum sentence after a plea bargain was reached between the federal prosecutor and his defense. Roe stole from two former employers to the tune of $216,000. It is reported that Roe embezzled $75,000 from St. Rita’s Hospital, his former employer, and $95,000 from Danbury Hospital, his most current employer. Roe set up a fictitious software consulting company called Cycle Software Solution and drew up invoices for work to be done by this company. As acting CFO Roe was able to authorize payment to this company which he owned. It is also cited that Roe received a payment from Danbury Hospital to make up for the difference of the sale price of his Ohio home. Roe altered the appraisal documents and price creating the greatly inflated difference of $46,000 and was compensated for that difference by the hospital. 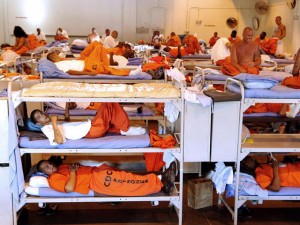 After completing his 33 month prison term, Roe has been ordered to pay back the $216,000 to both facilities at no less than $500 per month. Although Roe’s family made a statement and pleaded for a lesser sentence, as did Roe, Judge Vanessa Bryant had no sympathy and sentence him to the maximum term according to the details of the plea agreement. She stated that Mr. Roe and his family have already benefited from the stolen funds, and showed no sympathy toward him.”