Seven inmates were killed and dozens more inmates were injured in an overnight riot that lasted more than seven hours Sunday night, and into Monday morning, at the Lee Correctional Institution in Bishopville, SC, according to reports by prison officials.

A total of seven inmates have died and 17 more inmates have required medical treatment in what has been called a “mass casualty incident” that has prompted responses by at least six emergency agencies. 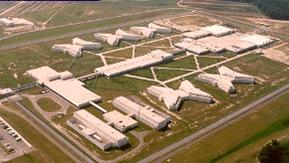 Lee County Fire and Rescue stated in a social media posting that they responded to the incident, and emergency management services (EMS) from the town of Hartsville, as well as Florence County, Kershaw County, Lexington County are reported to have responded as well.

The names of the deceased and injured inmates have not been released.

According to the South Carolina Department of Corrections, all prison staff and law enforcement officers who responded to the incident have been reported safe.

The South Carolina State Law Enforcement Division is reported to be assisting the prison officials in the investigation of the incident.

Aaron Joyner is listed as the Warden of the Lee Correctional Facility, according to the SC DOC page for the prison.

Do you have a family member, friend or loved-one incarcerated at Lee Correctional Facility?  Have you heard from them?  Post whatever information you have in the comments section below.  This post will be updated frequently, so check back later for more details.

The inmates who were killed in the nearly seven hour long riot have been announced: