You are here: Home / Resources / Federal Bureau Of Prisons: Every Single Thing About It

Federal Bureau Of Prisons: Every Single Thing About It

Not everybody knows everything about the Federal Bureau of Prisons. In fact, there are some people who do not really understand what this specific agency of the government is for. Although its title gives a basic input on its main function, there is more to it than what meets the eye. 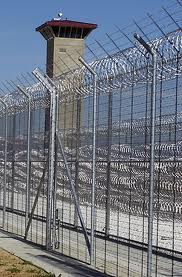 Operationally referred as the BOP, the Bureau of Prisons is a law-enforcing agency under the American Department of Justice. It operates on the federal level and therefore has responsibility over the entire country’s prison system. In addition to that, individuals with cases of felony as determined by the law in the District of Columbia are handled by the Bureau as well.

Established in 1930, the main purpose of the Bureau is to facilitate the provision of Federal inmate care with emphasis on being humane and progressive. It aims to make prison service more professional. It exists also to central the administration of the presently 11 federal prisons all over the country.

Before the Bureau was set up, the federal prison system was made up of various wardens functioning autonomously. It was the arrangement for about 30 years. There was, however, an authorized individual in Washington who serves as the in-charge personnel for all federal prisons. He was the Superintendent of Prisons.

The responsibility for all matters pertaining to the prison system was on the General Agent from the Justice Department. This official oversaw the internal operations of the prison as well as that of some criminal investigations that were going on. When the said office was eliminated in 1907, its functions were placed on the shoulders of three newly introduced offices in the system which are the Division of Accounts, which became the Justice Management Division, the Office of the Chief Examine, which is the Federal Bureau of Investigation and the Office of the Superintendent of Prisons and Prisoners, which is now the Federal Bureau of Prisons.

Officers and employees of the Bureau can arrest anyone without warrant within and outside of the Bureau’s property for cases involving the assault of officers as well as in escape and any assistance in doing so. For cases of theft, property destruction, mutiny, riot and trespassing, they can also make an arrest within the Bureau’s premises.

To qualify for a position within the Bureau, one has to successfully complete formal training for 20 hours during the first year at work. Training involves ethics, applicable laws and report writing as well as pertaining to correctional, control and self-defense techniques. Employees are also provided with training about firearms and should be qualified to handle three types of firearms.

There are different types of federal prisons that are classified according to the security level maintained within the prison. Perimeter fencing and housing type usually differ between the different kinds of federal prison with high levels of security requiring electronic detection and double fences.

These are just the simplest facts about the Federal Bureau of Prisons. They give us a mere glimpse about what the agency has to offer, but it is enough to make the rest of the population realize the value of the agency for the country and everyone in it.

Filed Under: Resources Tagged With: federal bureau of prisons