You are here: Home / Resources / Federal Prisoner Locator: What It Is And How It Is Used

Federal Prisoner Locator: What It Is And How It Is Used

Not a lot of people have realized that a federal prisoner locator actually exists. In fact, most tend to think that tracking down an individual who is behind bars might take all the effort and resources one can ever think of when all one needs is actually just a reliable Internet access at home or even anywhere else. 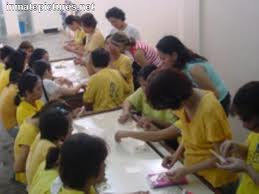 A couple of years back, it might be quite difficult to get an update on someone who is in prison. One has to check out the facility where the individual might be and ask about it. It might be possible to call up the facility’s administration office for the information, but if one wishes to get some details as well as current information, the best way to do was to visit the facility personally and get access to such details.

The Internet has made it possible to avoid all the hassle though. Like everyone else, the Federal Bureau of Prisons has made itself accessible online as well. One of its most useful tools available for anyone who wishes to make use of it is the federal prisoner locator. This can be found right on the homepage of the bureau’s online site.

At the present time, the Bureau holds responsibility over all of the Federal prisoners that have been given their due sentences. It also handles certain detainees on their pretrial proceedings as well as the US Marshals Service and Immigration and Naturalization Service offenders. Prisoners sentenced for felonies within the District of Columbia are also under the Bureau’s custody.

Using the federal inmate locator, it is now really easy to track anyone who is serving or has served his time inside a federal prison. The present locator found on the Bureau’s site can help anyone access information about prisoners who have been incarcerated since 1985 up to the current year.

To use the locator, one simply has to go online and open an Internet browse. The website for the Federal Bureau of Prisons is www.bop.gov. Once the site has completely loaded, one can browse around the homepage to locate the tools offered by the site.

When the locator is already open, it is time to put in the details needed by the system to track the prisoner one has in mind. One can give the name or any other pertinent data about the prisoner to help the system with its search for the said person. The inmate’s ID number can be used in the search, but if it is not available, the prisoner’s name will do.

There are cases where some of the inmates incarcerated before the year 1985 are accessible, but it is for the year 1985 and onwards when the complete population of the BOP was encoded and made available through the locator. Because of this fact, the locator is not the best choice when it comes to searching for prison records way before 1982.

A Federal prisoner locator is the perfect tool to help one search for prisoners, relatives, friends or otherwise. It is designed to make the search easier and more productive for everyone involved.