You are here: Home / Resources / Bureau of Prisons Inmate Locator – For Locating a Federal Inmate

Bureau of Prisons Inmate Locator – For Locating a Federal Inmate 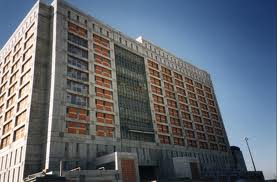 If you want to find out the whereabouts of any friend who has been incarcerated you could use the Bureau of Prisons Inmate Locator for the purpose. The inmate locator could be used to find any federal inmate who has been imprisoned after 1982. It means you could even find the whereabouts of people who have since left the prison. This of course does not include state prison inmates and those who were held in city or county jails.

You could find the details of the inmates from the Bureau of Prisons Inmate Locator by searching using either their inmate id number or their names. The id number might be more accurate since names could be duplicated. While using name search you have to give both the first name and last name and if possible middle name as well. You should also give the race, sex, and age so as to narrow down the search.

The Bureau of Prisons Inmate Locator website also gives you information regarding the visiting hours, people allowed to visit the inmates, background checks conducted, special circumstances that can be invoked, the procedures followed in the visiting rooms, and information on conjugal visits. In fact you would find everything you need to know about visiting a federal prison inmate at the website.

Filed Under: Resources Tagged With: bureau of prisons inmate locator